Our thanks to Carlos Bucheras, President of the Penya Barcelonista for offering us the possibility of playing in their stadium allowing our teams to show how WABOL® is played.

The game was played by 2 teams of 9 players each in a Futbol 7 pitch. One of the teams included 4 feminine players of the football team Mums WSS Barcelona and a 15-year-old girl.
The rest were regular WABOL® players, including some from the FC Barcelona veterans.

High quality and exciting game that resulted in a 2 all draw. 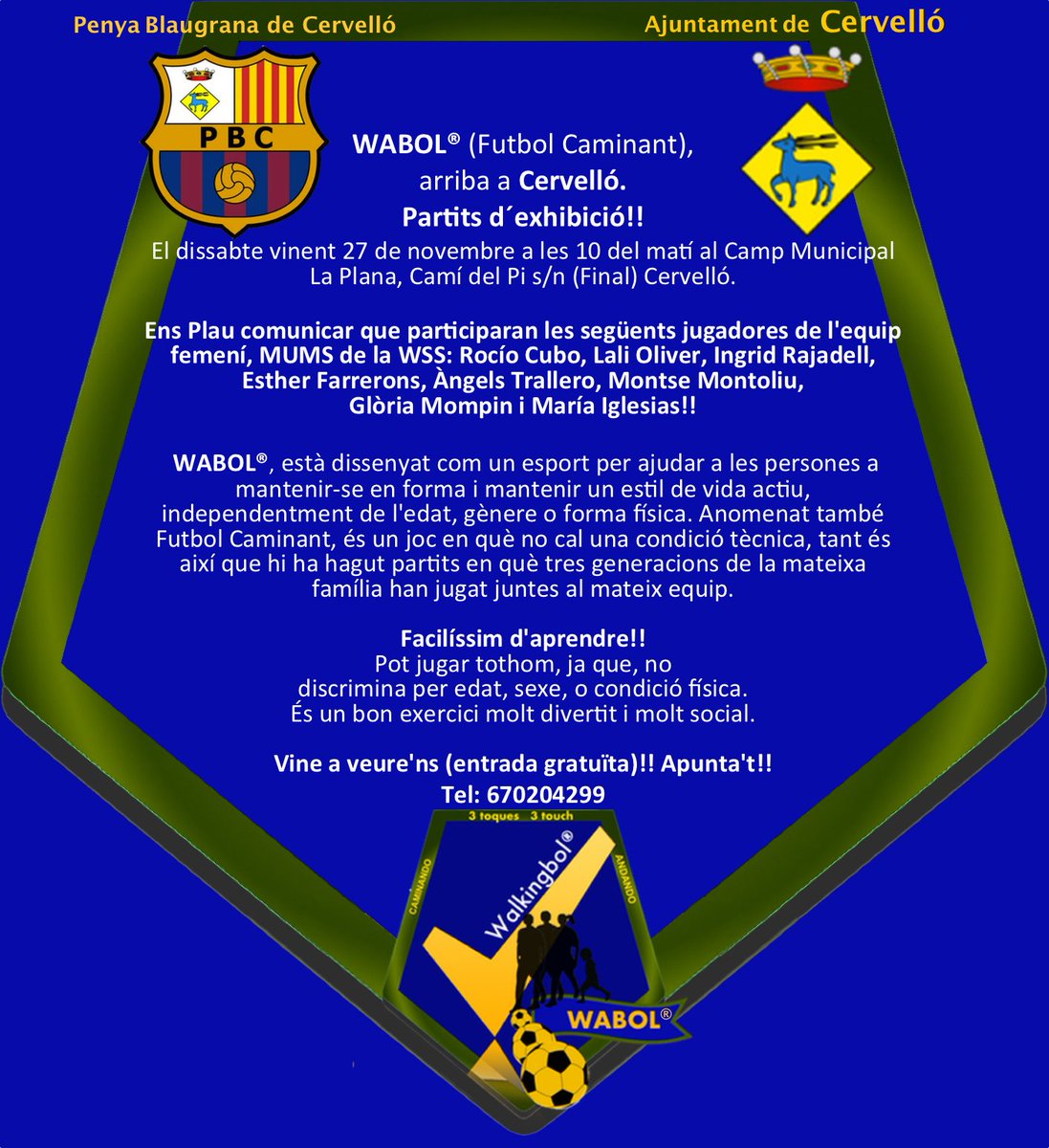 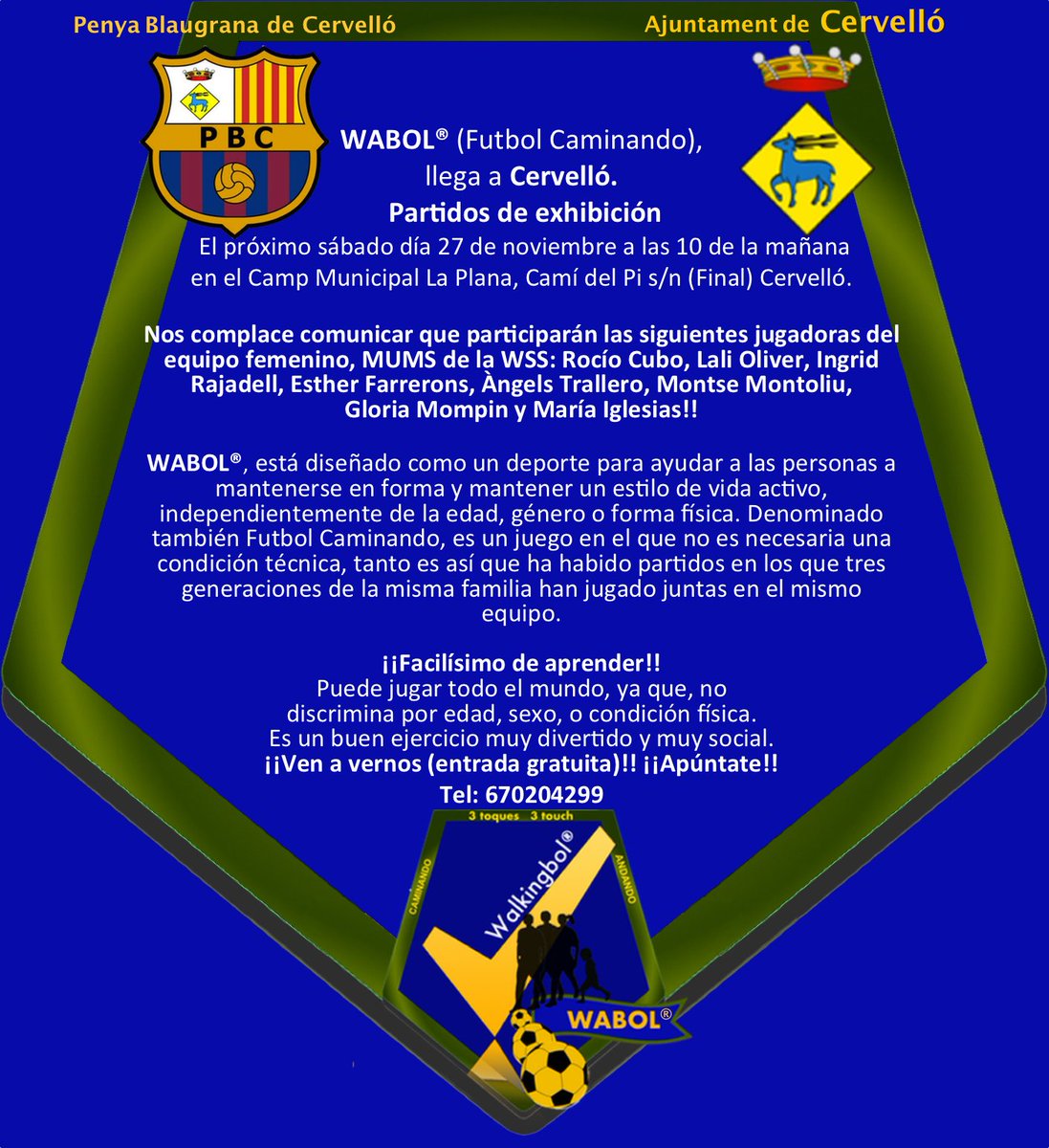 Our aim is to offer people of more than fifty years old the possibility of doing exercise while enjoying our game.